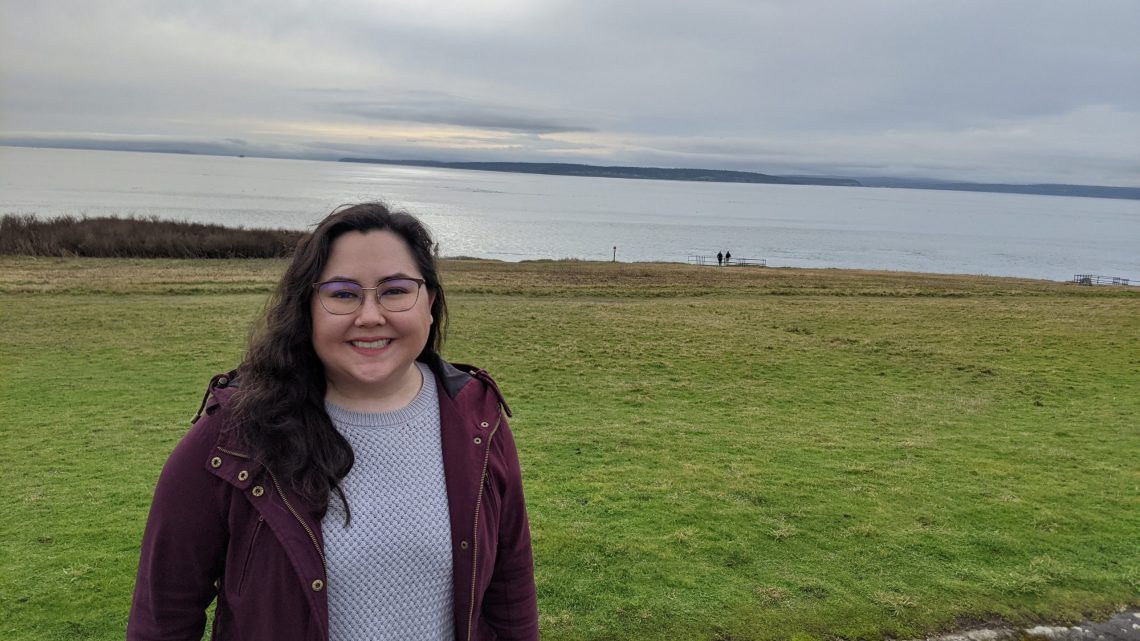 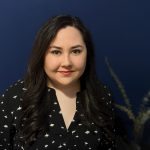 “I really love organizing things. I like to check things off lists. I like seeing what we start with at the beginning, where we’re going to end up, and how to get there. That’s just the way my brain works.”

This is the attitude that Emi Behan is bringing to the Region 16 Comprehensive Center as one of their new Operations Project Managers. She is just finishing up her first month after joining the team on April 26.

Efficiency is her game. She thrives on turning chaos into order, which is why she feels this role is perfect for her.

“I love getting into things and seeing that it’s messy and not working for people, so I can help make people’s lives easier. When they have problem A, but they want B, I want to help build that bridge and take it off their minds. That’s what excites me.”

Emi has been thrilled to see the foundations already laid in the systems that keep Region 16 running.

Originally, Emi planned to get a Ph.D. in Spanish Linguistics. One of her professors knew her well enough to suggest that maybe being a researcher and professor wasn’t what she truly wanted and recommended project management instead.

It worked out for the better, leading Emi to where she is today.

That type of personal interest the professor took in her is why she enjoyed her time at the Southwestern University, a small college in Georgetown, Texas.

She is currently working on her Master of Science in Analytics from the Georgia Institute of Technology and is looking to graduate in December.

Emi was familiar with educational service districts from her time as a teacher. The unique concept of the Region 16 Comprehensive Center threw her for a loop initially due to its relative newness, but she has embraced their mission.

“What Region 16 is doing is truly innovative because it’s connecting all the exceptional work happening across Alaska, Oregon, and Washington and bringing it all together at the regional level to help teachers and students across all three states.

“I want to bring a greater sense of team and connection to everyone working for Region 16. Our team has been working exceptionally hard to bring this concept to live and have done an amazing job. I’m hoping Amber (Schneider) and I can help the team by building procedures and processes to help make everyone’s daily work a little bit easier.”

One of Emi’s big projects is the digital project management tool being used. She’s hoping that will be one major step to her ultimate goal: bringing more organization and togetherness to Region 16.

Emi grew up in Texas. Since she started her graduate program, she’s lived in Georgia, Colorado, and Washington.

Her favorite professional accomplishment was growing her last job from a staff of two to 20 over four years and the relationships they built over that period.

Some of her hobbies include painting, listening to audiobooks, and CrossFit.